SQY Cub is a space designed for entrepreneurship and innovation in Saint-Quentin-en-Yvelines. The SQY incubator is located in this space and hosts young startups. Its goal is to help entrepreneurs get innovative projects off the ground and into maturity to expand business and employment. The incubator provides support in moving from an initial idea to consolidating a vision and creating a structured project.

The Paris-Saclay Technology Transfer Office (TTO) was born from the Investments for the Future program. The Paris-Saclay TTO’s mission is to identify inventions from academic labs, safeguard their intellectual property and help them mature into entities that create economic value through technology transfer or business creation.

Université Paris-Saclay brings together several of the most renowned higher education and research institutions in France. To meet the challenge of global competition for education, research and innovation, these institutions have decided to pool. Université Paris-Saclay has 8,000 masters students, 5,000 doctoral students, as many engineering students and a broad undergraduate degree, bringing together some 65,000 students from founding and associate institutions.

The Drone Paris Region cluster, created in October 2016, is an organization located on a former air base in Brétigny-sur-Orge. The majority of the Professional Drones are startups or very small businesses. The cluster’s goal is to become their go-to partner, supporting their growth in France, as well as internationally.

Hello Tomorrow is a global organization bringing together a community of actors aiming to unlock the potential of deep tech startups to solve the world’s toughest challenges. Their mission is to find deep tech projects and startups and to facilitate collaboration between entrepreneurs, industries and investors in order to propel innovation from the lab to the market.

WILLA, formerly Paris Pionnières, is the leading incubator for women entrepreneurs in innovation in France and Europe. After 13 years of action, the incubator helped make Paris the European capital of startups with 21% of companies created by women. The association has participated in the creation of 200 startups co-founded by women, 1000 jobs and 12 innovative entrepreneurship and intrapreneurship programs.

The Paris-Saclay Planning Institution (EPA Paris-Saclay) is a French public development body. Its missions are the impetus and the coordination of the development of the scientific and technological pole one the Saclay plateau. 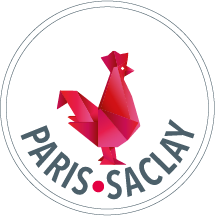